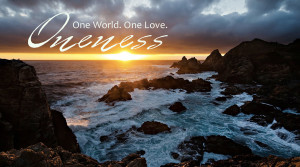 Years ago, I was having lunch with a very dear friend…one I hadn’t seen in quite some time.  I had looked forward to that lunch for weeks.  She was in this different space in her life.  She’d allowed people to walk all over her and treat her poorly for years and had just come to a decision that was not something she was going to tolerate anymore.  She spoke of the confidence she felt and how strong her ability had become to stand up for herself and she was loving it.

As the lunch progressed and conversations visited a variety of topics, I started to notice something.  All of a sudden, I didn’t seem free to have a different opinion than her AND if I asked a question about wanting to know more about something she had shared, it was like she got defensive…like she thought I was questioning WHAT she was doing…not simply wanting to know more about it.

I didn’t understand where all this was coming from and left feeling deflated and wondering who she had become and why our conversations that normally flowed so well didn’t seem to anymore.  It really saddened me. The space we had always been able to communicate in had been soured by her relationships with others and the anger she felt towards them.  It was as if she had brought every relationship into that space with her new found “confidence”…assuming people were judging her…doubting her…questioning her and she wasn’t going to put up with it anymore.

As I reflected on it, I realized it wasn’t the first time I’d seen something similar happen…not necessarily where conversations went wrong…but in others who ended up in this “fed up” space.  When they decided they weren’t going to take shit from anyone anymore.  This is who they became.  The same type of person I had sat across from at lunch.  I’d seen it in others. I’d seen it in myself.

What I realized in that moment was it was actually a good thing and a normal part of the process to growing into a confident, loving being.  It was the awkward space in between.

In between being silent. In between allowing others to take advantage. In between seeing yourself as a victim. And then truly becoming a confident, vibrant person.  It was the awkward in between.

This space is filled with ego-based energy.  It is often filled with anger and frustration and a whole lot of healing that needs to be done.  Forgiveness of others who may have hurt us AND forgiveness of self for allowing it.  A strong desire to move forward outside of that victim role and into a fully empowered way of being.

An empowered way of being coming from your heart center.

A space where we aren’t triggered at the mere thought someone feels differently than we do.  A space where we may not even need to stand up for ourselves verbally because the energy emanating from our heart says, “I love you and I honor you.” and we attract that back in return. This is a very different space and comes after the angry space has healed.

I share this with you because I find myself in that awkward space once again in my life.  Seeing and hearing things that are so unkind directed at another…things that divide us as individuals…as a country…as a human race.  I’m tired of it.  I’m angry that people can’t see the damage they are doing…that their actions are just as harmful as what they may be accusing someone else of.  And my actions may be doing the same thing.

I’ve stepped up and had a voice a few times on Facebook and then took a step back and felt  that perhaps some of my words didn’t come from a space that made me feel good.  The tone behind my words didn’t feel good to me.  There was anger in my heart for the mistruths being constantly spread…the name calling regardless of whether the comments being spread were true or false…the act of dividing…

As if we aren’t divided enough already.

When I realized that some of my comments were being shared in anger, I felt bad.  I don’t want to come from that space.  I don’t want to attack or make someone else feel bad (although I can’t control how they feel and I know that).  I want to ensure that I come from a place of compassion…a place of providing perspective…a reminder of a gentler, kinder way of being in this world.

When I suggested I needed a filter, a good friend shared this video with me…

This was perspective I needed in that moment.  A reminder of the real reason I was choosing to have a voice.  To speak out about things that rub up against my values…my value…oneness.  It always goes back to oneness.  We are all one and if I hurt then you hurt and if you hurt then I hurt.  We cannot find peace outside of peace.  We cannot become united if we focus on things that divide us.

I am reminded that this is part of the journey…the anger gave me the will to speak up…to no longer be silent about things that offend my soul.  And now I can move into the next space…allowing the anger to dissipated but the voice to continue on.  It comes fully from my heart center and a desire for us to recognized our connectedness…our oneness.

Will you join me today in being brave?