This was written as a part of my journey with Jess Morrow’s Invincible Summer Writing eCourse in 2012.  Prompt:  Journal what exercise currently means for you.  And then journal how you would like to feel during exercise, and what it means to you. 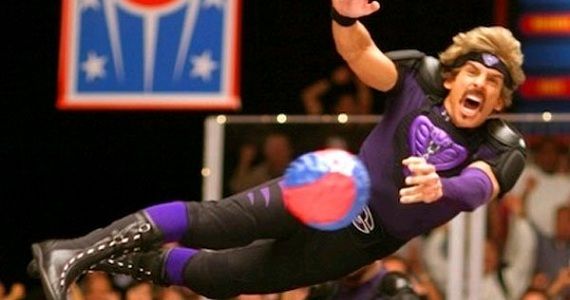 When I was a child, I thought of exercise as gym class and playing soccer in the summer, neither of which I enjoyed.  I wasn’t a large child but always felt like I was slower than everyone else, couldn’t play as well as everyone else, and nobody seemed to ever want me on their team.  I hated it.

I have often wondered if gym teachers became gym teachers because they were athletic as children, had dreams of “going pro”, only to have those dreams crushed by reality.  To get back at the world, they became gym teachers who allowed the most popular kids to pick their teams so everyone else knew where they fell in the food chain and learned to accept it as the way the world worked.  They chose games like dodgeball to play on a regular basis.  Dodgeball is a game of pure evil where you are encouraged to batter, bruise and knock the wind out of other children.  And, just to disspell the misconceptions out there, dodge ball is actually where all serial killers got their first taste of blood, not small animal torture.  That came after dodgeball.  You know who I’m talking about…those kids who never cared about the “safe hitting zone” which didn’t include your face.  “Safe hitting zone”…what a joke.  Quite frankly, I don’t want to be hit anywhere on my body with a ball that feels like you’re getting snapped with a great big rubber band.

I got in trouble in gym a lot.  I was rarely interested in what we were doing and preferred to chat with my friends.  In 5th grade, I was sent inside to write the word “pecker” 500 times, while I sat on the floor in the bathroom.  Yes, that’s where Mr. Anderson sent me.  The floor of the bathroom.  I had no idea what the word meant or why I was in such serious trouble for calling Jim Woodworth one during softball.  It was an easy slip.  Everyone called him Woodpecker.  He was telling on me for talking and I quickly replied with, “Shut up, you pecker.”  That’s not quite what was supposed to come out but it was too late to take it back.

I remember once, during the track and field unit, being selected to lead the class in running the mile.  Run?  Are you friggin’ kidding me?  So I set out running, like a bat out of hell.  Everyone kept telling me to slow down but I was so terrified of falling behind and being made fun of that I just couldn’t.   That is, of course, until my lungs completely collapsed and I couldn’t breath any longer and had to stop all together about 1/2 way through.

Swimming was the best.  {that was sarcasm, in case it wasn’t obvious} Just getting boobs, having to wear these ugly swimming “uniforms” they supplied that had a little flap thing in front of your hoo ha so no one could tell what was behind there.  Like that hid anything.  Then having to spend the rest of the day smelling like chlorine and partially wet because 5 minutes to shower and change just isn’t enough time.  Not to mention the pleasure of a group shower during the onset of puberty. {more sarcasm here}

I failed gym in 7th grade.  Yep, I bet you didn’t think it was possible.  I don’t tell many people this story because, seriously, how embarrassing is it to fail gym?!  I went to Minnehaha Academy, a private school in Minneapolis, and we did things in gym I never had to do in public school.  We played golf, which I hated, and we did gymnastics.  We were forced to perform, not just participate in class, but perform in front of the class, floor routines, balance beam routines and uneven bar routines.  Again, those teachers had to have had their dreams crushed and decided to get back at the world by humiliating and terrifying young children.  I was terrified of heights, not all that limber, and at that point in my life, pretty shy.  So I started forging notes from my mom to get me out of gym.  I think I had my period for three months straight.  Yep, got caught.  That was that.  Epic fail.

As if gym class wasn’t bad enough, my father forced me to play soccer.  I hated soccer.  It was hot, buggy, and the last thing I wanted to do.  Plus, he was a dick at home and now I had to have him as my soccer coach.  Insult added to injury here.  We played in the Handke Pit, the old football stadium from the early to mid-1900’s in Elk River, where I spent most of my life.  The Pit was across from my house and we’d walk there, walk down the million steps, and then run and kick a ball for hours.  The “walls” of the Pit are dirt, filled with weeds and trees, blocking every bit of air movement possible.  It was like the secret service guarding the President.  Not one little breeze was getting through.

It was awful.  I begged to quit.  There was no way he was letting me go.  Soccer was “good for me,” he said.  Soccer was a great way to “build community and make friends,” he said. In fact, it was so important that he and a couple of friends decided to form Three Rivers Soccer Association, complete with a board.  I was doomed.  I felt like my life was over.

As I got a little older, a few positive experiences came along.  I found sports at church, where people weren’t quite as competitive and it was actually fun at times.  I played softball and volleyball and I kind of liked it but not a ton.  Not like I-want-to-do-it-all-the-time-kind-of-like.  I left those sports behind as I became an adult and didn’t do much exercise at all until around the beginning of this millennium.

I wasn’t happy.  I didn’t feel like I was setting a good example for anyone.  I was ready for change.  I joined weight watchers, began to eat better and exercise.  In fact, I loved every bit of it.  I lost almost 100 lbs., became a yoga instructor, a personal trainer, and a group fitness instructor.  I couldn’t get enough and took classes as often as I could and worked out at home too.  I did aerobics and yoga in my living room, kickboxing in my basement, whatever I could do, I did, without hesitation.  I even took Krav Maga classes which is an Israeli fighting technique and quite demanding.

In many ways, I felt more like myself than ever before and yet, I couldn’t really figure out who this person was.  It was so unlike me but I loved it.  After a couple of years, I hit a rough patch at work with an employee who was giving me a really hard time.  It took it’s toll and, instead of relying on these new tools, I allowed it to distract me…to crush me.  I stopped everything, as if someone had flipped a switch.  I crawled back in my hole, gained all that weight and then some, and quit doing the things I loved.  I guess I was punishing myself for something, even though I didn’t do anything wrong.

So what does exercise mean to me?  Lots of heartache, headache and failure.

What I’d like to feel during exercise is centered and grounded.  I’d like to be able to breath deep, stretch and enjoy the time.  I still have a deep love for yoga.  I’ve started my  practice again.  I love the concept of honoring my body and not worrying about how it looks or how well I’m doing, only about how it feels to me.  I also love Goddess Leonie’s concept of “moving”.  I don’t have to call it exercise…that sounds like work.  I actually love to move so focusing on that feels fun, light and doable.  Today, I’m ready to move.  That I can do.

Posted in Gratitudes, Acknowledgements, and Favorite Quotes
Get your weekly dose of awesomeness...
Hey sexy, there's no shiny free bribe to join my tribe (but you'll find plenty of freebies here). This is simply an invitation to be a part of something great. My blog is about indulging in life's simple pleasures as well as building a business around the things that give your life meaning. We've made it super easy to join us...just enter your info below.
Your information will *never* be shared or sold to a 3rd party.