“Start early and work hard. A writer’s apprenticeship usually involves writing a million words (which are then discarded) before (s)he’s almost ready to begin. That takes a while.” -David Eddings 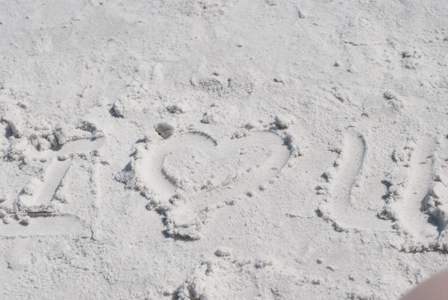 I am equally overwhelmed and in love with this quote by David Eddings.  I’m not afraid of a little hard work. In fact, I often embrace it. The idea of writing a million words which are then discarded is devastating.  But not in a totally bad kind of way because here’s what I know.

It takes a lot of practice to become skilled at a craft.  Most of us don’t come by it 100% naturally, even if we have some natural ability. I think back to some of the video games I’ve played and how many times I had to start a level all over again.  The devastation grew with each attempt to master because I kept getting closer and closer…but not quite getting to the end.  Each time I tried again, I got faster and better and more excited about the imminent accomplishment of completion I would soon experience.  Even though I would have to start over, I never felt like the attempts were for nothing because I continued to improve.  Frustrating, yes.  For nothing, no.  I also knew that the sense of accomplishment would override any feelings of devastation I might have had.  Gone.  Obliterated.  Just like those nasty little critters in Centipede.

Here’s the other thing.  Natural ability, when not used, is worth zero.  It will often fade away until nothing remains unless we decide to take action and use our gifts, given to us for that purpose, on a regular basis.  Why would we be given these gifts, if they weren’t to use?  It’s not like those wedding gifts you look at and wonder WTF were they thinking.  These are special.  They are really important.  They are a piece of what you have to offer the world.  A piece that makes this world better to live in.

So I say, use those gifts, develop any natural ability you might have and, perhaps instead of discarding, set those million words in a pile labeled “I didn’t give up because I love you enough to make this world a better place.”