Don’t be a Player

I wrote this post on Facebook a while back but I think the message here is a powerful one and wanted to share it with you on my blog. 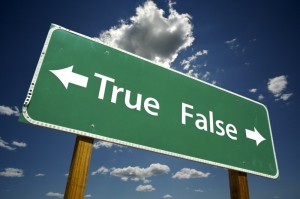 Yesterday a post was put up that talked about how crappy it was that President Obama said something about the loss of Robin Williams but said nothing about the loss of a high ranking general who was killed in the war. I suggested we pay tribute to him here on FB in that thread as a way of taking personal responsibility for what we want to see in the world. They said that was a good idea and I should google information on the general, which I did. In just a couple of minutes, I found an article on usatoday.com that detailed President Obama’s tribute to this man. I shared that on the post along with the general’s name which hadn’t been mentioned. Not a single comment on the post after that…people making fun of the President and saying he did something shitty and no one says a word when a simple article shows the information to be false.

Another post that stands out to me is one where someone claimed Obama was taking food away from people…I never researched it, don’t really know what he was referring to…all I could focus on and wonder was when HE last visited a food shelf and made a donation.

It isn’t one person’s responsibility to care for the country…it is the responsibility of all of us to care for ourselves and for each other. If you are passionate about making sure people have food, then get off your butt and do something about it. Don’t point a finger and say one person is to blame for people starving.

I know my examples here relate to Obama but I see it all the time with people across political parties, religions, etc. This isn’t about whether I support or don’t support one man.

People, take personal responsibility for how you want to show up in the world and how you want the world to look. It doesn’t matter whether you approve of someone or like someone or not. As a human, at least have the decency to be truthful in your words. Stop spreading false information and acknowledge it when you mistakenly do so so that others who may have seen your post know you shared incorrect information and are taking responsibility for doing so. Do your research and if you aren’t sure, don’t share. So much of what we read on here is not real…not true…we breed hatred and finger pointing and distrust on false foundations…all things that divide us.

Please don’t be a player in this game.”