I Almost Missed Out

Once in a while, I let the cat out of the bag and share that I have a severe chronic anxiety disorder…at least that’s what I’ve been told by the professionals.  I do my best to manage it naturally…sometimes that goes better than other times.

Yesterday, I had plans to go to the Ice Castles at the Mall of America.  We had a nice late lunch…Greek food, one of my favs…and then headed down to get there a bit closer to nightfall.  The Ice Castles are lit up at night and I really wanted to experience to colors.

We got about a mile away from the Mall and traffic came to a stop.  The highway was packed.  We wondered if there was an accident somewhere but I was pretty sure it was just “mall traffic” since I’d experienced it many times before.  There was a time in my life where spending the day at the mall was a regular occurrence…I find myself wondering how I ever enjoyed that.  Now, I do everything possible to avoid crowds as much as I can.

It was just mall traffic holding us up.  As we rounded the corner, we could see cars in every direction possible, all going for the same thing…the Mall of America.  The image below is a small sampling of the vehicles that surrounded us on all the access points to the Mall. 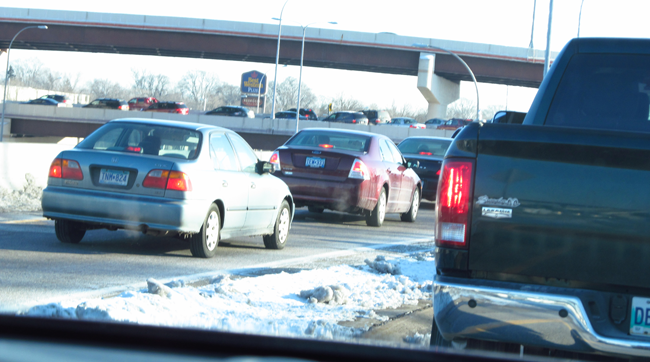 The traffic alone was enough to send my heart a-pounding.  Anxiety was full-blown.  I was looking for escape routes every chance I got.  There were none.  I was stuck on a bridge {I hate bridges}.  I felt ill.  I was sure there was no parking and the lines would be horribly long, should we ever even arrive at our destination.  All I wanted was to go home.

I’d been waiting for a couple of months to go to the Ice Castles.  I got tickets and had plans in early December, only to find out they weren’t open yet and I would have to wait.  Then schedules and weather got in the way and I started to wonder if I’d ever get there.  This was my last chance.  They were closing on the 20th so it was now or never…and never was looking pretty good.  But, alas, we were basically trapped in the sea of cars so I was in for the long haul.

We finally made it into the ramp and parked, purely a lucky break.  I have never felt so relieved to leave a vehicle before!  The relief was short-lived.  The Mall was packed, people everywhere, packed in like sardines in a can.  I started to feel sick again…desperate for a break…anything to get away from all these people.  It was just too much.  We decided to head up to the food court where we could hopefully carve out a little corner of the world for ourselves and sit until it was time to go.  This was a great decision and actually calmed my nerves completely as we relaxed and watch through the skylights above us for darkness to fall.

Then we made the trek across the parking lot, across the street, where we entered the Ice Castles…lit up under the dark night sky.  Here’s what I almost missed… 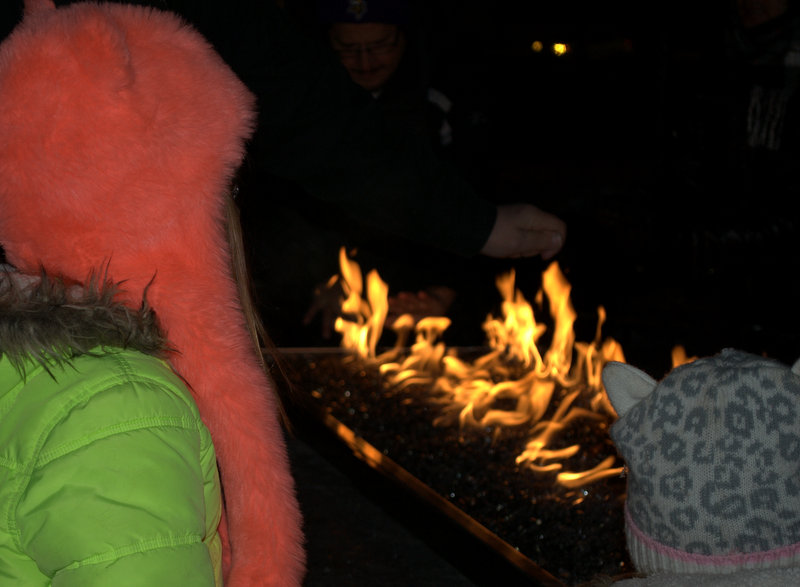 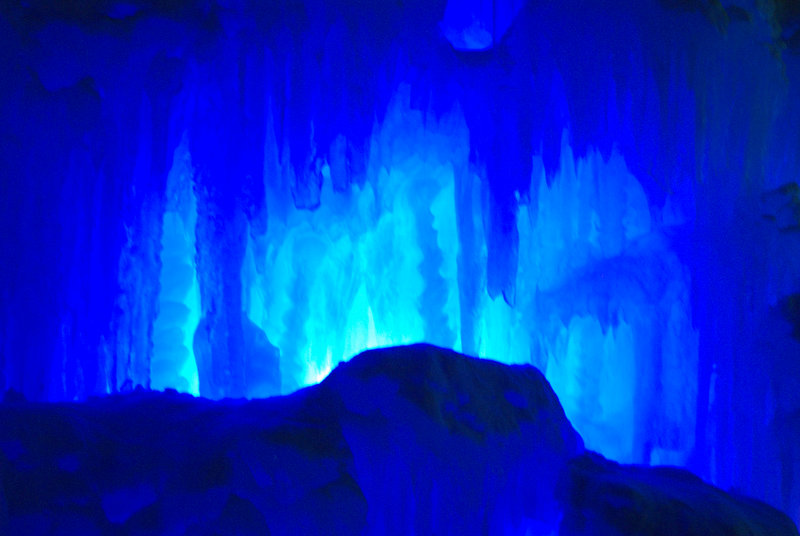 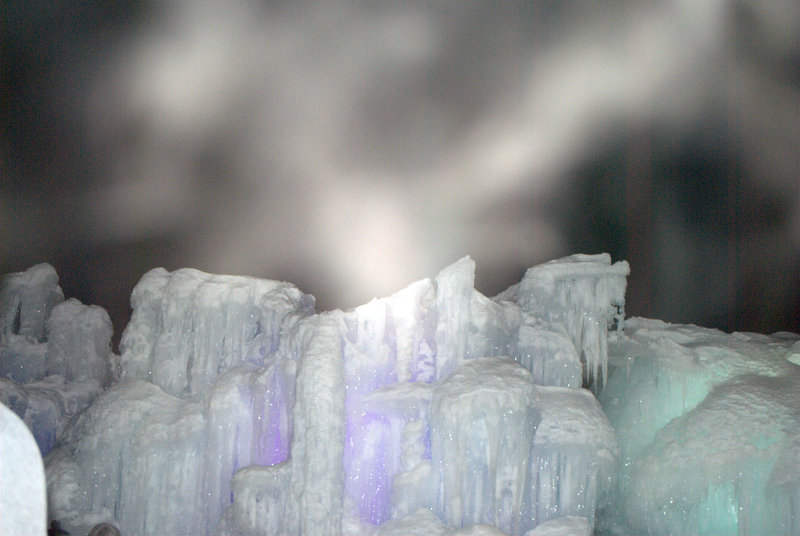 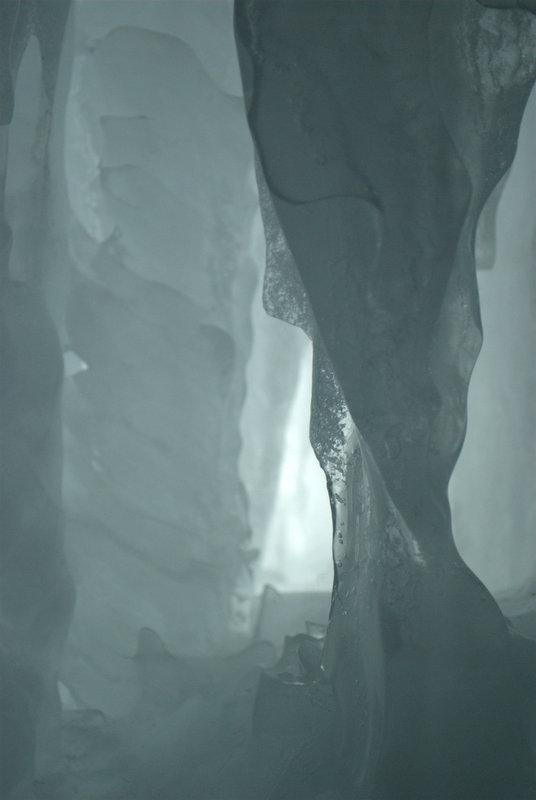 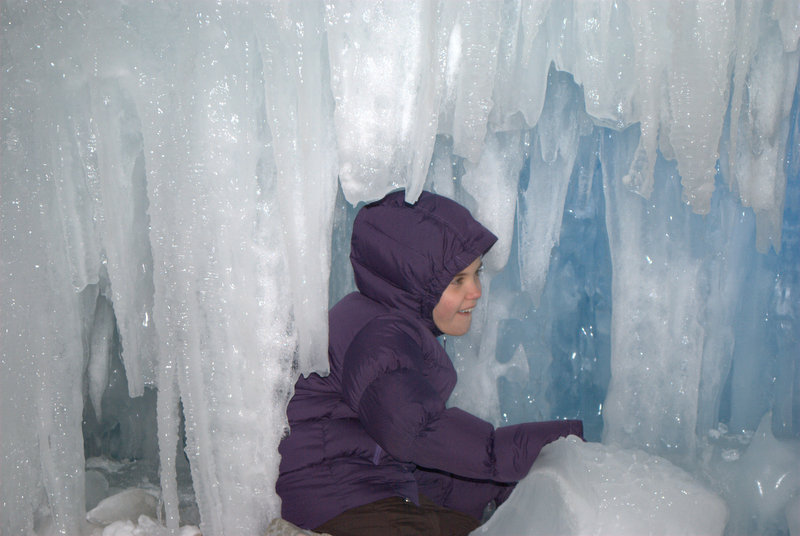 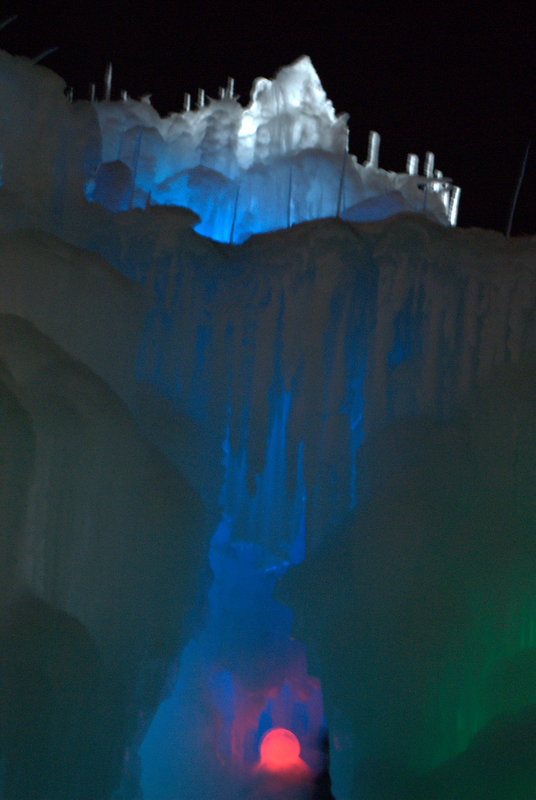 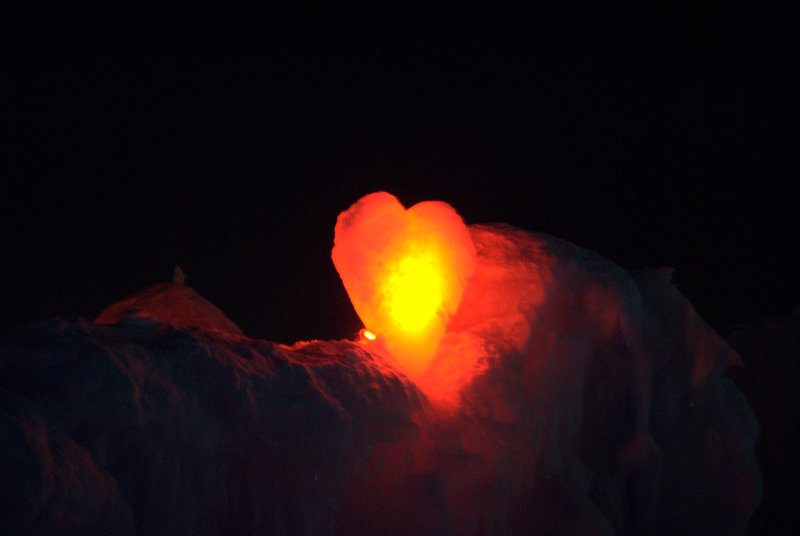 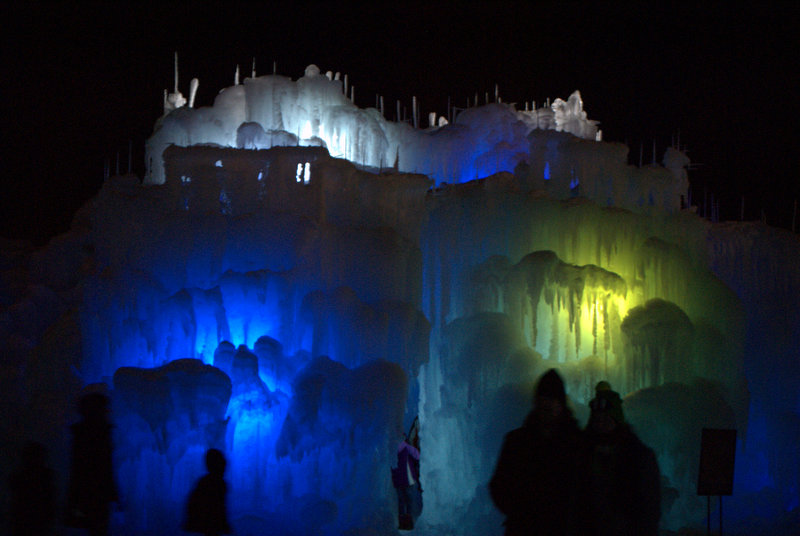 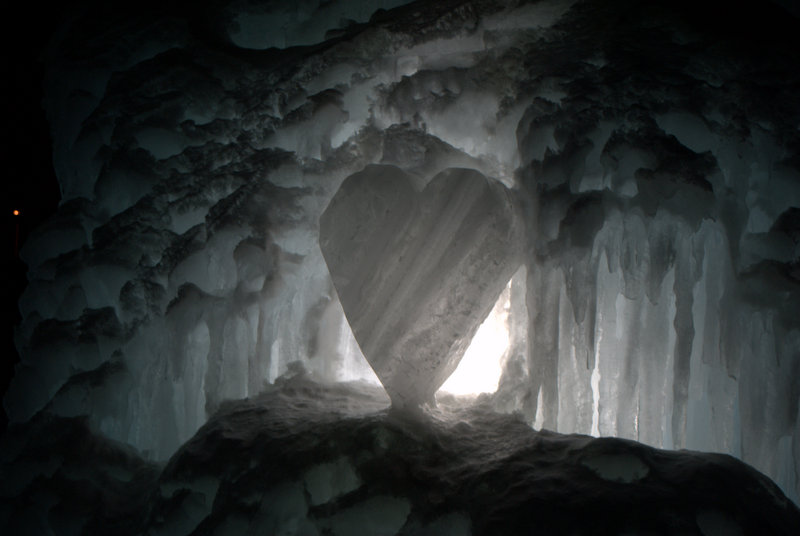 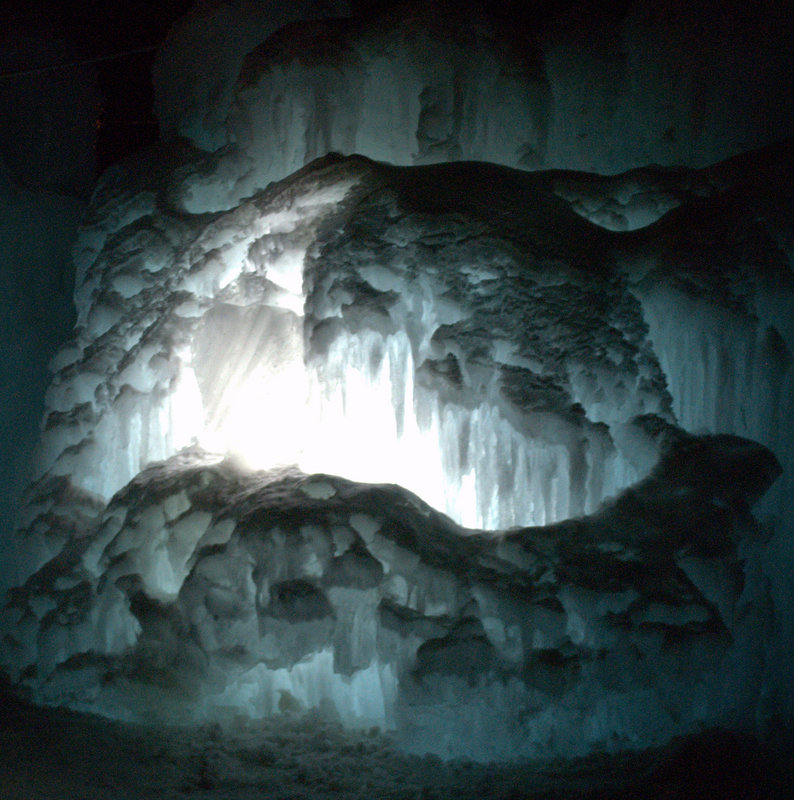 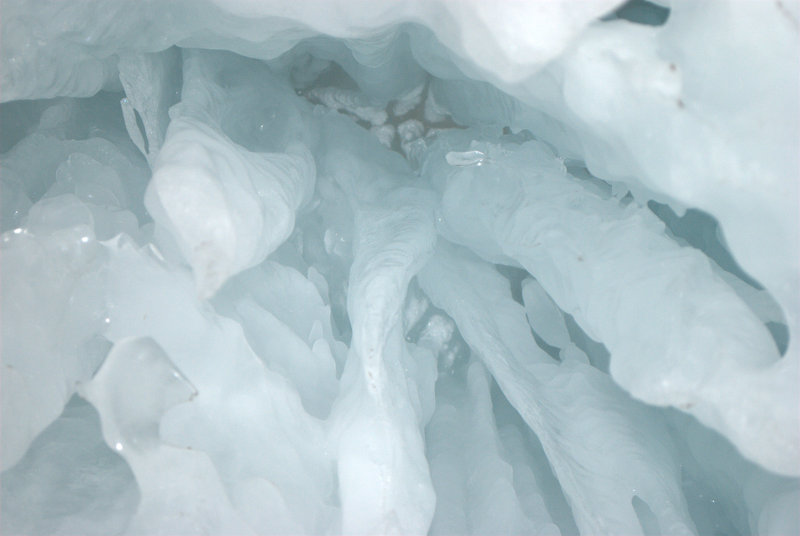 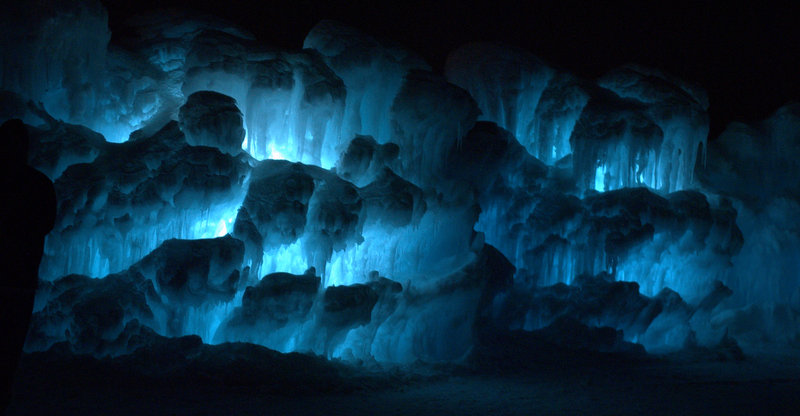 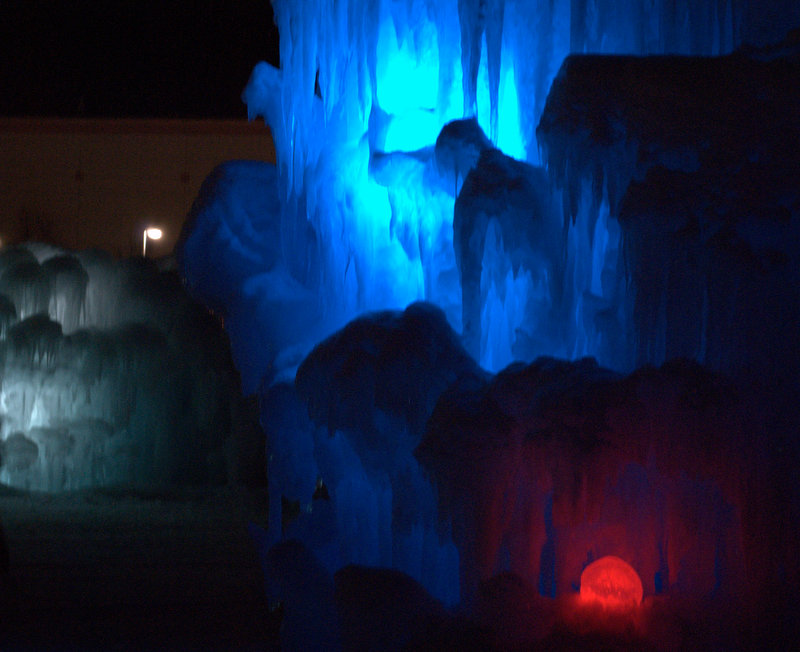 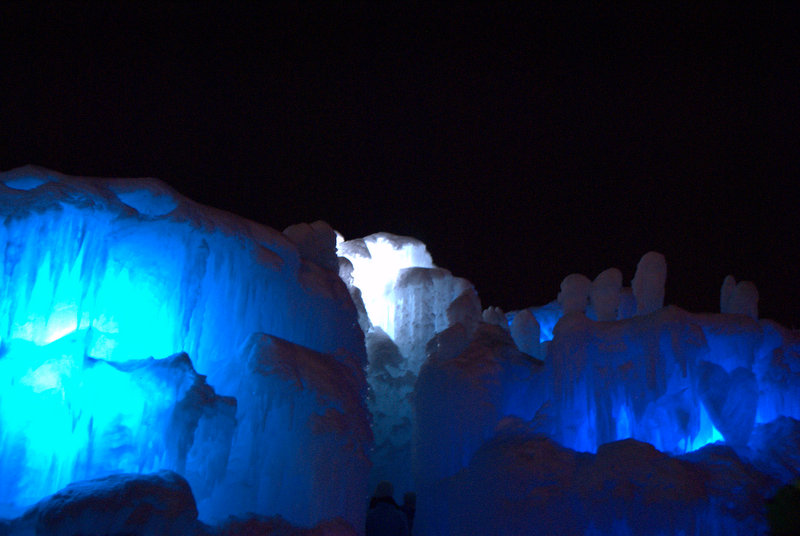 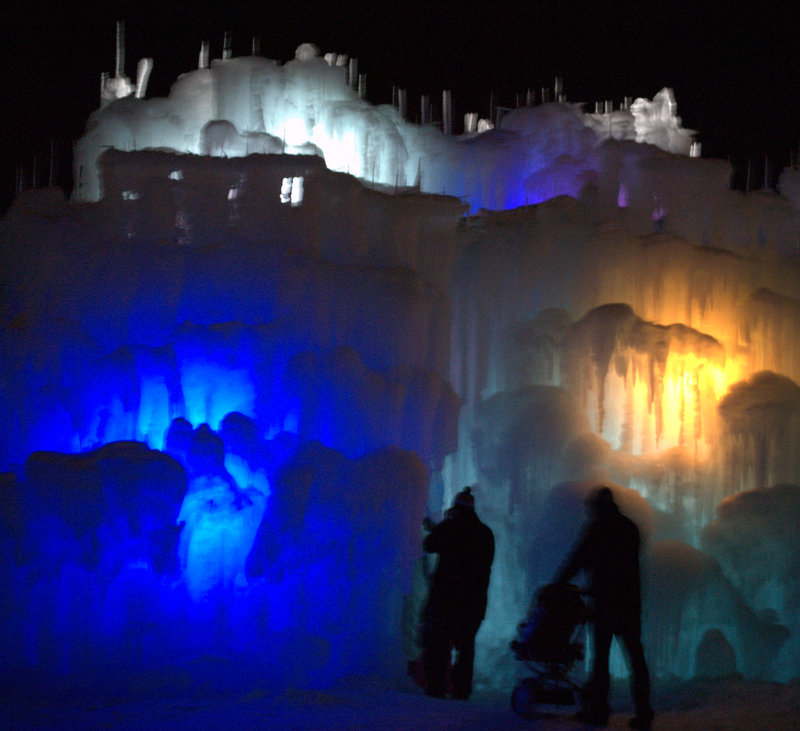 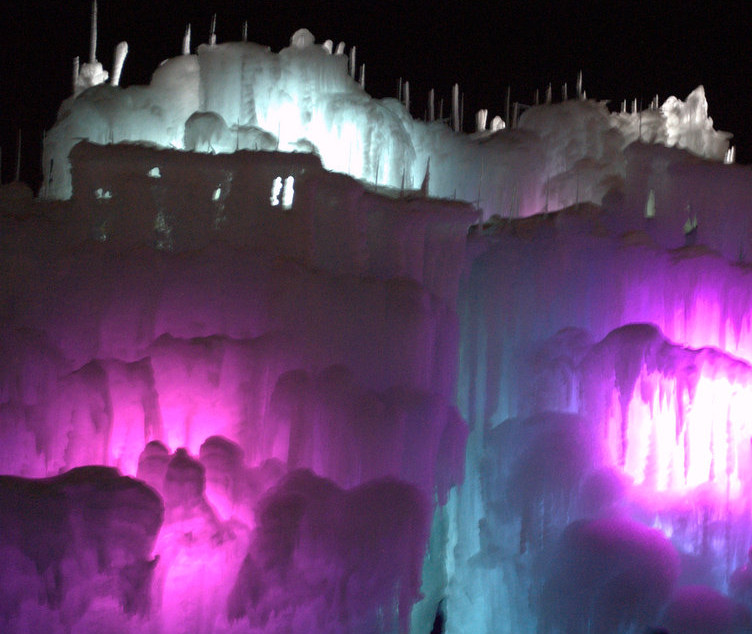 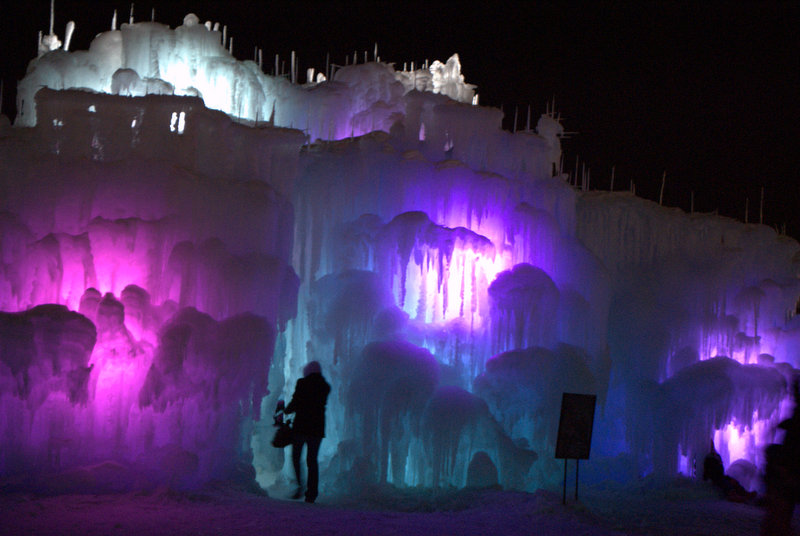 As I reflect back on yesterday’s events, I realize how much I might have missed out on.  The wonders that were created out of icicles…the excited children…the couples gathering under the ice hearts for photos…the lights…all of it.  Because I didn’t give up and run in the other direction, I got to be a part of it all…capturing a few special moments on “film.”  What has gotten in the way of your life?  What has stopped you from fully experiencing the life you were intended to live?  I want you to know that…