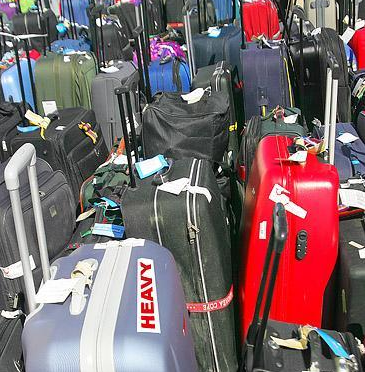 I’ve mentioned that I’m taking a writing class with Jess Morrow and I just can’t tell you enough how much I’m enjoying it and how much I’m getting out of it.  In a short time, I feel like I’ve gotten rid of some baggage that was, quite frankly, really friggin’ heavy and I was tired of carrying around.

Did you ever watch the TV show, Starting Over?  It was a reality life coaching show where these women would move into a house together with a couple of coaches and therapists and process their crap on TV.  I loved that show.  The coaches would put those women through the ringer because they said they were ready to change.

There was this one woman, Jill, who was overweight and hated herself.  I loved her.  From what I remember, her coach made Jill carry around all these suitcases full of clothes.  Each piece of clothing had a sign attached to it that said something like “stupid” or “ugly” or “fat”.  There were so many suitcase, it took her multiple trips to get anywhere.  Jill was carrying them upstairs and downstairs and outside.  Anywhere she went, they went. I don’t think any of them had wheels either.  I felt so bad for her.  It was painful to watch.

Jill tried everything to get rid of those bags.  She’d leave one or two wherever she went.  She tried throwing a few in the garbage outside.  I think she hid a couple under her bed.  She even tried telling her coach she didn’t need them anymore because she “got it”.  Her coach wasn’t having any of it and every time Jill tried to get rid of one, she got busted and it just made it worse.  It felt like this went on forever.

I’m not really sure how long it went on but I sure felt her pain of carrying around baggage that no longer served her.  Much of what I’ve written in Jess’ course has to do with sadness in my life, but not all.  I feel as though going through this process has been, in many ways, like Jill with her luggage and I feel like this course really helped me throw a few of my bags in the garbage, only I get to leave them there because I am ready to move on.  Jess is like my Starting Over coach but in a nicer, doesn’t-make-me-carrying-around-a-bunch-of-luggage-with-nasty-words-inside, kinda way.  I love that about her. 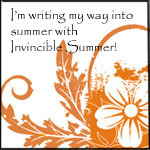 If you are looking for an opportunity to get rid of your baggage or just write for fun, become more comfortable with what you write, and find an awesome community of supportive people…Jess is your go-to-gal!  She totally rocks and is offering another one of these, beginning in July.  Early bird sign-up is from June 20th-June 30th.  In her words…

“For ten days (that’s June 20th-June 30th, folks), the Invincible Summer ecourse will be open for registration, at early-bird prices: $87 for the Pathfinder Package (normal price of $107), and $147 for the Sojourner Package (that’s the extra package with writing coaching included–normally priced at $167!).”

Join Me in Creating an Invincible Summer and Register Now