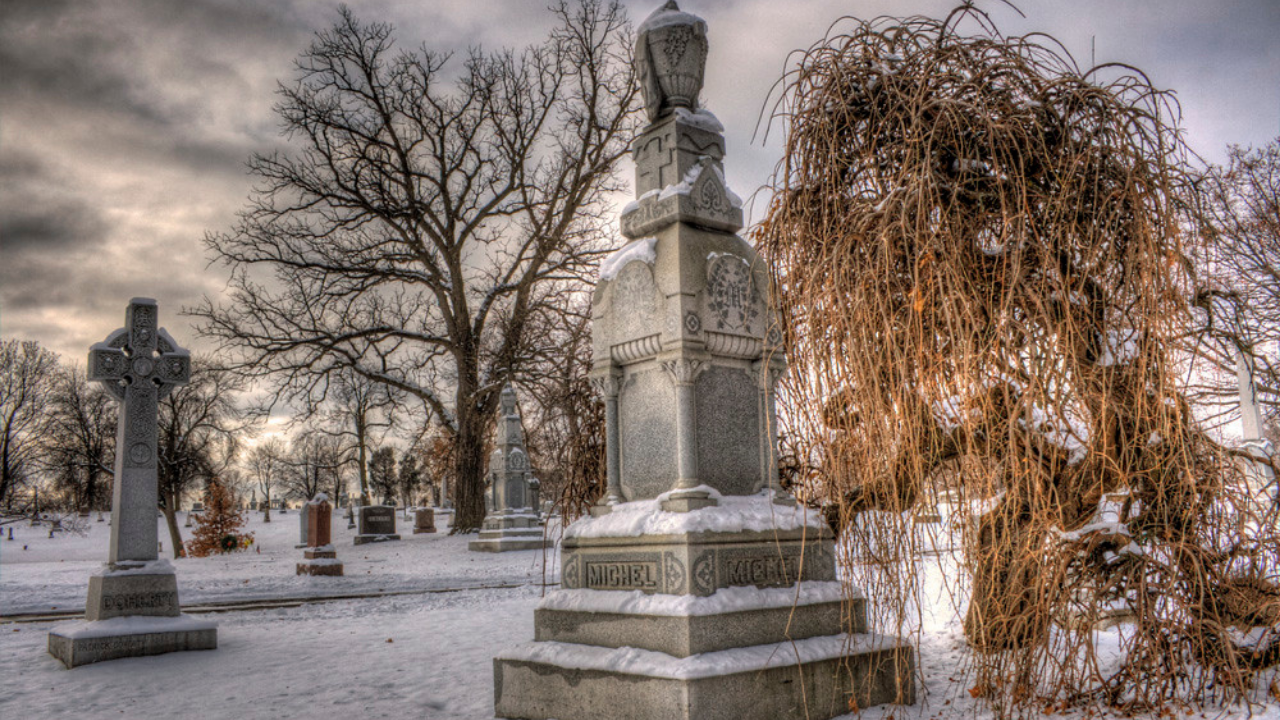 My first experience with Calvary Cemetery in St. Paul, MN was looking for a lost dog in the middle of the night.  We drove around that cemetery where there had been a recent sighting for a couple of hours in case he appeared again.  Although it was dark, we could see how elaborate many of the monuments were.

The cemetery is over 150 years old and has over 100,000 burials. This includes many of St. Paul's prominent families such as "Louis Robert, a fur trader who built the city’s first home, and Eugene Larpenteur, whose large farm was located on the site of the state fairgrounds. U.S. Supreme Court justice Pierce Butler, French-born architect E.L. Masqueray and Fredrick McGhee, St. Paul’s first black lawyer, are among the many leaders buried at Calvary." It's also known for it's "unusual monument styles and architectural features, including angels of all sizes."

I knew when I left that cold night I would be back.  I haven't seen monuments or mausoleums in my life.  I don't think that's weird as I don't spend a lot of time in cemeteries but that could change. I've heard some have self-guided tours even. I may even be at risk for becoming a taphophile. A cemetery seems like a place where I can get lost in my thoughts, spending time contemplating the meaning of life before I'm no longer living it.

What are your thoughts? Have you ever considered hanging out in cemeteries?

Visit Website
Posted in Sounds Like Fun!
Get your weekly dose of awesomeness...
Hey sexy, there's no shiny free bribe to join my tribe (but you'll find plenty of freebies here). This is simply an invitation to be a part of something great. My blog is about indulging in life's simple pleasures as well as building a business around the things that give your life meaning. We've made it super easy to join us...just enter your info below.
Your information will *never* be shared or sold to a 3rd party.