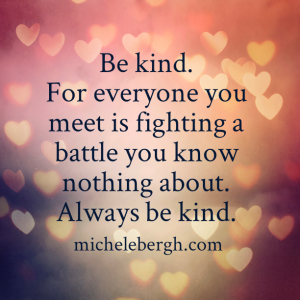 About a year and a half, I went on an adventure with several people.  Someone else was invited and chose not to go.  They had a million reasons why (not that they needed any) and all of those reasons centered around things like…waste of money and not really a good adventure.

Today they left to explore that same adventure they criticized all those months ago.  My first reaction internally wasn’t very nice.  I was frustrated and angry.  I hate game playing and that’s what it felt like.  Why be so critical and condescending and then do the very thing you were so rude about?  It made no sense to me.

And then, once I had some time to sit with it all, I realized something.  I had done that very thing many times in my past.  In fact, I find myself interpreting the comments I made many years ago when they occasionally come up now. Once example is going to a concert.  I used to tell my husband we/he was too old to go to concerts and he should grow up.  I was mean and condescending about it.  The truth was I was hurting.  The biggest reason was that I never felt like I could cut loose and just have a good time.  Often times, I was home with the kids while he would engage in these activities.  If I went somewhere with him, I was the designated driver…I was always the designated driver and I was angry about it.  I wasn’t a big drinker so it wasn’t really about drinking…it was about the freedom to do whatever I wanted…the freedom to simply be free.

Now that our relationship has shifted so greatly, when those things in our past occasionally come up in conversation, I explain how I really felt.

I have the skills to speak my truth.

I look back and wish sometimes I’d had the skills then to do the same but I know that we all learn and grow and it is what it is.  I don’t know that it would have made a difference at that point in our relationship anyway but it sure makes a difference today and that’s what matters.

So I’m not sure what the real reason was this person chose not to go with us and it doesn’t really matter.  I will choose to look at it with compassion and understanding that there may be more to it and their choice was most likely not about us or the activity.

When someone is short or condescending or says something that doesn’t really make sense, remember, they may just be in pain and fighting their own internal battle, whatever that may be.  “React” with compassion and send them love for whatever they are going through.

Posted in Gratitudes, Acknowledgements, and Favorite Quotes
Get your weekly dose of awesomeness...
Hey sexy, there's no shiny free bribe to join my tribe (but you'll find plenty of freebies here). This is simply an invitation to be a part of something great. My blog is about indulging in life's simple pleasures as well as building a business around the things that give your life meaning. We've made it super easy to join us...just enter your info below.
Your information will *never* be shared or sold to a 3rd party.