Be Open to the Possibilities of Kindness when Discussing Politics

Two political interactions via social media.  The first one was around this meme… 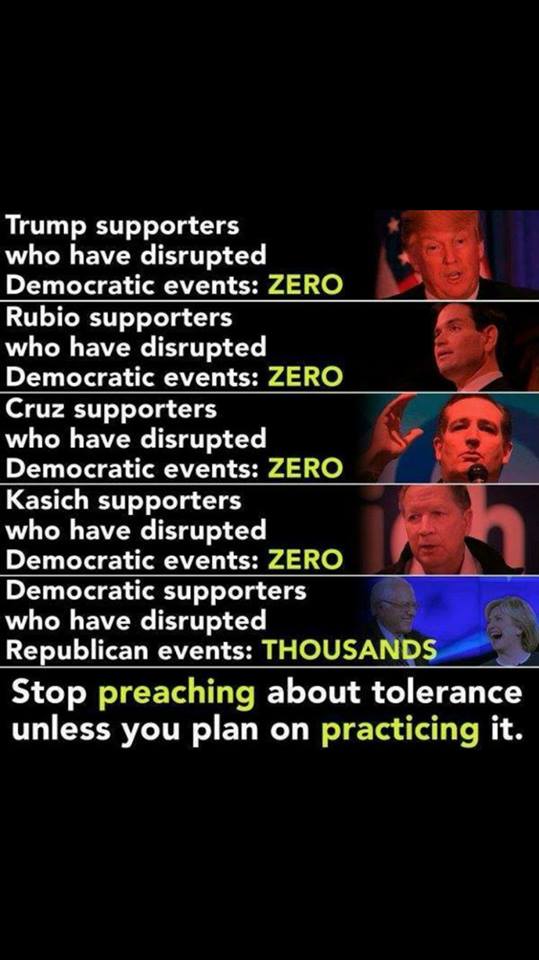 I took issue with this meme.  It’s theme, in my opinion, is democrats are violent and do not practice tolerance.  Since we do not know that any of those involved in the protest are out there preaching about tolerance, I feel like it’s safe to say this was the intention – again – democrats are violent and do not practice tolerance.  It’s a generalized statement based on the actions of a relatively small number of people and I expressed my concern about using generalized statements in any area, not just politics.

The conversation went south from there.  The next comment after my original concern was I should consider “getting educated” or something along those lines.  While me being called uneducated by someone other than the original poster seemed to be just fine with the poster, my comments to her were called “shaming” among other things and she became quite dismissive.  I apologized for coming across that way because it truly wasn’t my intention.  I was simply looking for common ground…perspective we could both appreciate.  She didn’t see it that way.  I have to admit, my judgement may have been clouded.  It is possible I reacted to being called uneducated and didn’t realize it.  I read and re-read everything I typed before sending it multiple times and didn’t feel like it was offensive but obviously it was to someone and I regret my part in it.  That regret caused me to delete all my comments from the thread and step out of the conversation.  My desire was not to debate facts or discuss who was right or wrong but simply offer the perspective that generalizing is dangerous and an unhealthy approach in any area of life.

The second interaction was the posting of an article on Donald Trump and how he is not racist.  The person sharing this post simply said, “Be open to the possibility…” Her simple statement led me to read the article and be reminded of how we really can’t trust anything we read (not specifically this article) or even see in a video or hear on an audio recording.  We all know these things are easily manipulated. I don’t know if the information in the article is true.  Full disclosure – I’m not a Trump supporter.  I do know that it’s a perspective I hadn’t considered and it’s easy for me to be open to the possibility.  I felt my heart soften in that moment.

I know it’s possible to be open-minded and consider the possibilities of a different point of view.  And I know conversations can be had that are respectful and kind.  It doesn’t mean someone has to change their mind or that one of us is right and one is wrong.  I can be open to seeing things not based completely on my core beliefs about the world…the world is so much bigger than I am and there is no way I can know everything.  I love that someone can share a viewpoint and people can be respectful about it.  I don’t know if the person sharing is even a Trump supporter and frankly it doesn’t matter to me.  I’m just open to seeing the world from a bigger lens.