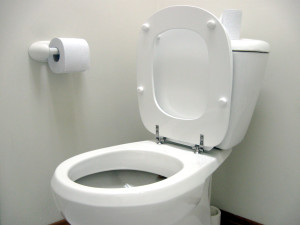 I told my husband I had given myself a new job title. I was going to be the Bullshit Whisperer. My “responsibilities” are to see bullshit, call to it, and turn it into truth.

Now I don’t really think this is my responsibility…my only responsibility is to take care of my own bullshit…and I feel it’s a role worthy of occupying…for all of us who choose to do so.  The purpose of this position is to unite the world in facts, tolerance, and love. Nothing more…nothing less.

You see, I feel like so much of what is spread out into the world is opinion (often uninformed), slanted information, and half-truths. We, as a society, don’t focus enough on facts, full stories, and truth.  If we did, there would be a lot less arguing and fighting.

Here’s an example.  Someone shared a video of a black teen being restrained by an officer and then hit in the face with the billy club and then several officers show up, grab the young man, throw him to the ground and arrest him.  They shared the video because they are “tired of police brutality” and feel it needs to stop.  They want to bring awareness to the issue. Sounds good, right?

But here’s the thing.  The video doesn’t start until AFTER the initial exchange that took place between the young man and the officer.  We don’t know what happened prior to that point.  Because we don’t know what happened prior, it seems logical to me that we may not be in a position to comment or pass judgement on the situation.  We don’t have the full story.  We weren’t there.

Of course I’m against police brutality.  I’m also against provoking a situation and making it worse.  I’m also against disrespecting anyone, whether they are in authority or not.  In this case…I simply don’t know what actually happened and, therefore, I’m not in a position to even comment on it.  If the full story had been reported, I’d be more comfortable forming an opinion and sharing it, but even then…there are always different perspectives.

Using this same example.  What people said was that the young man was only jaywalking, which isn’t even a misdemeanor, and then the officer started to restrain and attack him.  The young man was simply trying to defend himself by holding the billy club so it couldn’t be used to hold him down or hit him.  The other perception is the young man broke the law, was asked to stop, refused to stop, responded to the officer with profanities, continued doing what he was doing, pushed the officer away when the officer went to grab his arm, tried to take the officer’s billy club for who knows what and a mob of people were gathering and the situation had the potential to get out of hand quickly so reinforcements were pulled in, the young man had refused all requests to cooperate so they took him down with force and ended the situation.

Which version is right?

Not because of truth.

It’s my desire that these types of posts stop happening.  Be sure the facts are all there.  Be sure they come from a reliable source.  Or don’t share.  If your only desire is to get people all worked up…think twice about it.  If you are feeling very emotional around it…consider taking a step back.  Ask yourself if it will divide people or unite them.  Ask yourself if it is based in fear or in love.  Ask yourself if the facts would hold up in a court of law…do you have the whole story.  And instead of making comments like “I’m sick of this shit.”  consider a different approach…share the facts and share them with love.

And if you see someone sharing information that is incomplete, not from a reliable source, or biased…consider speaking out.  If you choose to say something, say it with love, stick to the facts, never attack, never get emotional, and stay away from opinions.  Staying away from opinions is the hardest for me personally.  I have strong opinions and I don’t mind sharing them.  I also recognize the damage opinions do in a conversation.  Using the same example again, if we stuck to facts, we should have been able to agree that we didn’t have them all and it’s best not to make judgements when we are lacking evidence.  Even if we looked at opinions, we could probably agree that police brutality is wrong, that police brutality does occur, that crime is wrong, that disrespecting another human is wrong, that provoking a situation is not a good idea and can lead to things escalating quickly in a bad way, etc.  That’s a lot we could agree on, if we chose to handle it with love.  I think that’s fair.  And how wonderful to come together in that space.