Standing in My Power 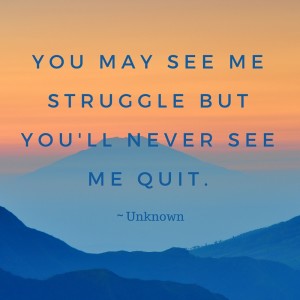 When I was in my early 20s, I worked for a major company in the Minneapolis, MN area. I had worked there for about 5 years and worked my way up the ladder during that time. I loved my job and thought I had a career in the making.

The naive me was about to find out how companies like this one aren’t always great companies to work for. Especially for women. Oh, there were rumors but I wanted to believe they weren’t true. Women would disappear. Whispers of sexual harassment and the like would circulate but none were ever confirmed…that I knew of anyway. I preferred to believe the company was great and cared about it’s employees and would never do something that seemed so wrong to protect the men there and punish the women who used their voice to speak up about the wrong doings they were experiencing.

I’m not sure why I doubted any of the stories I heard because I had experienced a few things here and there but because they hadn’t really affected me that much, I pushed them aside.

That was until Karl. Karl was a co-worker who was going through a divorce. A divorce he didn’t want and he was having a really hard time with it all. To his defense, his soon-to-be ex wasn’t being very kind in the process and that was hard to watch. Not so hard, though, that it meant I was interested in dating him. He was several years older than me and, frankly, still married. Plus we worked together.

I kept pushing off his advances to no avail. Everyone up to the top of the division I worked in knew about it and thought it was kind of funny and refused to do anything about it. It turned into what felt a lot like stalking to me. I would wait for him to leave so I wouldn’t be forced to walk out with him after work but would have him show up out of nowhere in the parking garage long after he “left to head home” to start pestering me again.

It was growing more and more uncomfortable, scary at times. I was young and really pretty unsure of how to handle it. He started growing angry with me for turning down his advances…at least that’s how it came across. I believe there was a lot more to it that had nothing to do with me but I was getting the brunt of it all.

One day, our supervisor called each of is in separately to address the growing tension in the office and the effect it was having on our work. He said he didn’t want to get in the middle of it but we needed to figure it out or he’d have no choice but to write one of us up. I was stunned. I hadn’t done anything wrong, after all, but was about to potentially be punished for something out of my control.

So I went to HR (EEOC as they called it) for advice. After they heard my side of things, they asked me what I wanted. My response was that I simply didn’t want to be in the situation anymore…makes sense right? I thought it did but little did I know, the rumors were true. Women who complain end up without jobs. After they confirmed the situation to be true, confirmed that everyone in the division knew about it, they removed me from my job with no warning. Nobody knew where I went…just that I was suddenly gone. And Karl? Well he continued to work there and got to tell people whatever he wanted about where I went.

They kept me on payroll and with benefits but had me work through their internal temp agency until I found another position within the company. One came open that was similar to what I’d done in terms of the department I worked in but I had no experience or knowledge around their business or their systems. I was forced to take the job and within two weeks I was being written up for major infractions I hadn’t committed and was being shown the door shortly thereafter.  I truly believe it was all part of their plan…thinking they would get away with what happened because I’d been terminated for not being able to do my job in the end.

I contact the Department of Labor and was told I had an airtight case. All I needed to do was fill out the paperwork and I was guaranteed a settlement. It didn’t matter what had happened in the last job I held there. The only thing that mattered was they removed me from my job after I reported sexual harassment and the story was confirmed to be true and that is 100% illegal.

I was young and, while I could have used the money and losing my job and health insurance caused a great hardship for myself and my daughter (I was a single parent receiving very little child support at that time), I chose not to file a case against them. I thought I was strong enough and skilled enough to find something else and I’d be fine. It took a long time and the struggle was difficult on me but I eventually turned things around with the help of others.

I found myself today reflecting on this experiencing and wondering what it was inside of me that made me decide not to pursue an open and shut case through the Department of Labor…one that would have provided for my daughter and I during that time. I’m not sure what it was that caused me to react that way…I was young and they were powerful and I’d been beaten down for several months and I think all of that factored into my choice.

Would I make the same choice today? Absolutely not.

I was a hard worker with a track record to prove it. I had several supervisors who loved me, including the one who threatened to write me up. I know that sounds weird but it was true. He often talked about how impressed he was with how I handled myself and my life with a small child. He talked about how disappointed he was with his own daughter of similar age and the choices she was making. He told me he wished I was his daughter because he’d feel so much better helping me out along my path than helping her. He was, in some ways, like a father to me. At the same time, I don’t think he’d ever experienced something like this before and wasn’t quite sure how to handle it. We can only do the best we can with what we have and know. He did the best he could and it wasn’t his fault I was removed from that job…that was a decision made and carried out by HR.

I still have fond memories of him and wished things had been handled differently. I wish good ole Karl would have been removed from his job and I had been able to continue to work there and grow as an employee and person within that job. I wish I’d had the strength to stand up for myself when I was removed from that job. But I also did the best I could with what I had and knew.

When I say I “wish”, I don’t mean it like a regret. I know now that staying in a toxic environment wouldn’t have been best for me and there were other signs around the toxicity of that company. I know that I wouldn’t be the person I am today had I not gone through that experience. It was one of my early “tests” of resiliency…one that proved to me that I could get through just about anything and I will be forever grateful for that lesson.

Have you had experiences where you’ve been able to look back and see how far you’ve come and just how resilient you truly are?

Posted in Let's Feast!, That's Just Life
Get your weekly dose of awesomeness...
Hey sexy, there's no shiny free bribe to join my tribe (but you'll find plenty of freebies here). This is simply an invitation to be a part of something great. My blog is about indulging in life's simple pleasures as well as building a business around the things that give your life meaning. We've made it super easy to join us...just enter your info below.
Your information will *never* be shared or sold to a 3rd party.