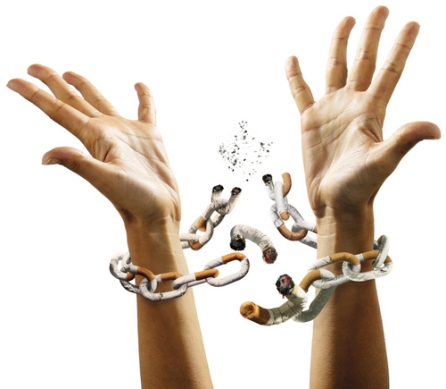 My husband’s aunt hasn’t smoked (that I’m aware of) for at least a year.  I think it’s been longer but I don’t see her often so I’m not sure.  If you ask her if she quit or when she quit, she will scoff at you and tell you she didn’t quit.  She simply isn’t smoking that day.  If you polled a group of people, my guess is most of them would agree what she’s done would count as quitting…I would.  So while we might agree on our end she’s quit smoking, there is this amazing sense of freedom and non-judgement in saying she just isn’t doing it that day.

As I enter into our clean eating lifestyle, I am looking to do the same.  It has been a challenge to define what that means for me and for my hubby.  It’s personal for sure.  We’ve arrive at a space where he has a few things that he feels are important but outside of those, he’s not super invested in how we define it and we’ll simply take it day by day and make adjustments as necessary.

When I think of no longer drinking soda…well, I’ve done that twice before.  Once for an entire year and then went back to it.  I know it isn’t good for me but I don’t want to feel like I “failed” again.  Looking at it from the perspective of “today I am not drinking soda”  rather than “I’ve given up soda” feels good.  It never ceases to amaze me how a simple shift in perspective can be so powerful.

The hubby is doing this because he’d like to lose a little weight and because he feels it’s better for us.  I would like to do this because I’d like to feel energized and alive after I eat…like I’ve just fueled my body rather than sleepy and full and bloated and gross.  Sometimes things taste soooo good and then the after-effect is just awful – I want to avoid that feeling.  A little weight loss would sure be a bonus but I know that comes from other spaces for me…spaces I can spend more time in when I feel better…feel fueled…feel nurtured.

What about you?  What do you think of this shift in perspective?  How might you use it in your own life?