I Was Not and Am Not a Liar or a Thief 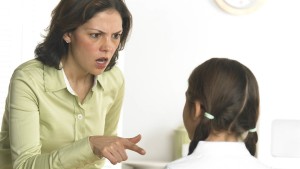 When I was in 4th grade, I had a teacher, Mrs. Moyer.  She is one of the few teachers who’s name I remember…interestingly, I think I only remember the names of the ones who hurt or embarrassed me.  One day, while I was working on my schoolwork at my desk, another student came up to me and accused me of stealing her pencil.  I hadn’t stolen it and I told her that.  She went to Mrs. Moyer and told her that I had stolen her pencil and Mrs. Moyer called me up to the front of the class…a class full of students sitting at their desks.  She asked me about the pencil and I told her I didn’t steal it.  She had taken the pencil in question from me and had it in her hand – it was a nub of a pencil so it was no longer visible.  She stood for a minute and then said, “Okay, so the person this pencil belongs to should be able to tell me what’s on it.”

I was so relieved when she said this because I indeed could tell her what was on that pencil.  Before I got a chance to say a word, the other student stammered and said, “That’s not fair.  It’s my pencil but I don’t know what it says on it.”

And, without giving me time to respond, Mrs. Moyer turned to me, squinted her eyes and said, “You are a liar and a thief.” She handed the pencil to the other student as she continued to humiliate me in front of the class before sending me back to my seat.  I’d never been in trouble before and there was no reason to believe that about me and 40 years later, it still stings.

That teacher went on to be the principal and received all kinds of awards for what a great teacher she was but, to me, she will always be the one who humiliated me publicly for a false accusation…one I could have set straight had I been given the opportunity to speak.

This story may not have been my first experience with be embarrassed by someone “in charge” but it was one of the most memorable for me.  I’ve longed for the opportunity to tell her how her “teaching” impacted my life.  How I worried that people wouldn’t believe me about anything, how much self-doubt I suffered from every time I received something for fear others wouldn’t think I deserved it or that it would be taken away from me because someone would figure out I was somehow “a liar and a thief” and undeserving of whatever I’d been given, how I was afraid to speak up for myself because I was afraid it wouldn’t make a difference anyway.

40 years, I’ve held on to that story, sharing it only with a few close friends because doing more is to painful. Until today.

Brene Brown refers to these as orphaned stories, the ones that are so painful to share because the shame around them is so deep.  She also says our worthiness lives inside our stories.  Stories like these definitely made me feel unworthy of much of anything in my life.  They made me question who I was…why would a teacher with no proof accuse and publicly humiliate a young child of something, especially when she hadn’t done her homework and the child had never been in trouble before?  For years I believed it had to be something about me…that I was damaged goods…unworthy…of no value to anyone.

I frequently have felt like a fraud…like if people knew “the real me” they wouldn’t like me.  They would realize there was something wrong with me, something wrong deep down to my core.  Authenticity and entitlement are two issues that really really bother me.  They have been constant triggers in my life.  There are other stories that definitely tie to these themes but this is one example that dug deep into my soul with it’s hooks…taking 40 years to release.  Today, I am very close to being free of this shame.  Years of working on it with the help of therapists, coaches, authors and more…it takes a village to raise an adult too!

Do you have an orphaned story?  Something you are so afraid to share because of the pain it causes you?  Maybe it’s time to consider releasing it.

Posted in Let's Feast!, That's Just Life
Get your weekly dose of awesomeness...
Hey sexy, there's no shiny free bribe to join my tribe (but you'll find plenty of freebies here). This is simply an invitation to be a part of something great. My blog is about indulging in life's simple pleasures as well as building a business around the things that give your life meaning. We've made it super easy to join us...just enter your info below.
Your information will *never* be shared or sold to a 3rd party.