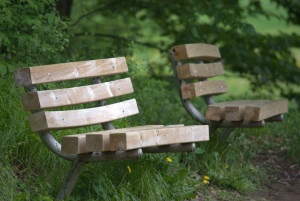 i wasn’t sure i wanted to do this exercise in being silent for 2 hours.  it sounded painful and just plain hard.  then i realized that i spend a lot of time alone and much of my day is spent in verbal silence.  jess was right about the social media piece.  when i cut out the emails and the social media, it was hard.  but that kind of hard like a massage where it hurts but in a good way.  i am finding myself desiring more and more time off the grid.  i’m not sure what’s responsible for the shift; although i am sure it doesn’t really matter.

i did this challenge for two hours, which may not seem like a long time, but taking out the work aspect of mail and social media, was about as long as I was comfortable going today.  i actually started out committing to myself for an hour but decided to go longer once i got into it.

i notice when i don’t have the opportunity to express myself regularly in a verbal way, i seem to end up doing this verbal vomit kind of thing on the next person i see.  i feel like i haven’t gotten my words out and it’s a mad rush to make that happen.  my poor daughter got an earful when she got home from work.

i think that’s how it was when i was a younger child.  i remember getting in trouble all the time for talking too much at school.  i even had a teacher call me motor-mouth in front of the entire class (which was humiliating).  i think i talked a lot at school because i didn’t talk as much at home, at least not without getting in trouble.

by my teen years, i had gotten in trouble enough at school too that i shut down in most environments, just to avoid getting in trouble or being embarrassed in front of the entire class.  it is amazing that teacher’s seem to feel their only way to do any kind of behavior modification or discipline is to do it in front of the whole class.

i am amazed at how this course is bringing up all this old shit.  shit i’d rather not revisit in some ways.  i mean it’s there but it’s never going away and bringing it up doesn’t seem to help but i’ve never processed this way.  maybe this time it will be different.  i’m keeping my fingers crossed.