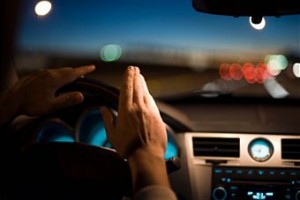 Music soothes my soul in more ways that you can begin to realize.  I just read a blog post on someone’s site who has had this same issue so I thought I’d share my experience.  I have had an ongoing  battle with my daughter, who is now 16, for a few years now.  You see, I was blessed to have one of my mentors (who I still love) tell her that kids should control the radio because tunes are such a powerful way for them to raise their vibration levels and adults have learned many ways to do the same so we can use some of our other methods.  Thus ensued a several-year daily argument.  See, this is my primary way of raising my vibration, and the highlight of my day in the car.  I give my daughter a lot.  This is one area I didn’t want to give in but it was a constant battle.  Loud, gun-toting, fire-blazing battle. Mostly because I hate to tell her no but I would find myself growing crabbier and crabbier at listening to some of the stuff she enjoyed.  I’m not sure if it was because I didn’t enjoy the sounds or because I felt incredibly old not knowing who any of the artists were.

Until a month ago when I created the 11th commandment.  Thou shalt NOT touch MY radio without asking first.

I told her if she asks first, we’ll have a conversation and split the time evenly.  If she touched it without asking, she would not be allowed to listen to anything she wanted during the car ride at all.  If she didn’t like the commandment, she could bring her iTouch (that I bought her) and listen to that which only contains her music.

I appreciate the fact that it raises her vibration and that doesn’t take away the impact it also has on me.  Music I don’t enjoy grates on my every nerve.  You might as well grab me by the middle and start dragging me back and forth against a cheese grater.  It’s that painful.  On the other hand, the music I enjoy does wonders for my attitude…for my outlook on life.  I have a pretty eclectic mix of music I enjoy but I have a particular affinity to the 70s.   I think it’s because it’s what I grew up with.  My parents both loved music.  My dad an album (those round, black things made of vinyl with holes in the middle) collection that was huge, also with an eclectic mix.  My mom also loved music.  She had an album by Maria Muldaur that she called “the working music”.  She would put it on the stereo very loudly when she cleaned.  She wore that record down so it had all the extra pops and crackling you get on a well-played record.  She made a cassette tape of it and the cassette sounded just like the record, crackles and pops and all.

During my younger years, I wasn’t allowed to touch my dad’s stereo.  Any time I thought I’d have the house to myself long enough to enjoy some music and then put everything back exactly as I found it (he had an eagle eye), I played that stereo as loud as I could and I used his records to do it.  I also remember sitting in my bed with my little cassette recorder playing the same songs over and over again…the songs I had recorded off the radio that always seemed to have a little bit of the DJs voice at the beginning and/or the end.

My point is everyone needs music, music they enjoy and we need time to listen to that music on a regular basis to fill our souls with the same passion the artists feel when they create it.  So what music fills your soul?