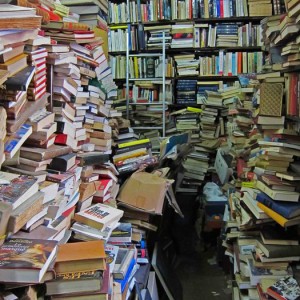 A couple of months ago, I decided I’d had enough of some items I’d been moving around with me over the past few years…items that I didn’t seem to need but also couldn’t seem to bring myself to fully go through and either toss or find a home for…here or elsewhere.  There were boxes that lined one wall in my garage so I spoke to Maureen Heinen, a professional organizer, about getting some help.

Maureen spent time analyzing what I had.  It was quick and fairly painless but she needed to have an idea of what we were looking at along with what kind of space I had in my home.  We ended up pulling things out of different areas before we even touched those boxes I had on my agenda.  We had to start this way.  We needed what she referred to as “zones” to put things…a word I have truly come to love.

We made a bigger mess and then began to put some things in homes that made sense.  We cleared some of that clutter and, by the end of the 3 hours, although things were a big neater and, as long as I focused on the bigger picture, I knew we’d made progress.  Looking around the garage, the most obvious thing was having empty nails all over two of the walls in there.  I had used these big nails as hooks and had everything from tennis racquets to snowshoes to reusable bags to lawn chairs and bike supplies hanging from these nails.  Every one of them was empty but the stuff wasn’t sitting out all over either.  These items now had a home.  We didn’t get to those boxes that day but laid a solid foundation for our next session.  Although I wished we’d gotten to the boxes, again, I knew I had to focus on the big picture and I didn’t think this session was too painful so I looked forward to meeting with her again.

The second session involved a lot of going through papers…was it really possible to have this many papers that I’ve been carrying around for so many years?  While the process went fairly fast (although it did take about 4 hours), it was harder than our first session.  It went fast because Maureen was filtering information…I only got papers (there may have been a few other things in the boxes but it was only boxes with mostly paper).  It was harder because I was finding papers that had emotions written all over them…certificates of my daughter’s karate belt achievements…birth certificates…my wedding ceremony from the judge…court papers for my oldest daughter for child support, paternity, etc…loan papers for different “big kid” toys we’d purchased over the years…medical papers…baby books…things my children had made for me over the years…and much more.  The more I looked through it all, the harder it got, and, by the end, I was ready to be done.  I don’t know that I could have done much more.

I was emotionally spent and needed a break so it was good to end at this point.  I could see a larger dent in the boxes I’d had in my sight all along and that was a really good feeling.  Still wishing I was done but understanding the process along with the big picture.

The last visit lasted about the same amount of time but this time we really started getting into the “stuff.”  Stuff that I loved but had no place for.  Stuff that I didn’t love but spent good money on so how could I just get rid of it when someone else might not understand it’s value.  Stuff that I needed but so rarely that I wasn’t sure it was worth keeping and yet, to replace, what a hassle and additional expense.  This was hard…I’m not going to lie.  I wanted to be done early in the process but I kept plugging away at it.  I found myself emotional a number of times but didn’t want to go there so I held it in, hid it from others, and kept going.  By the time I was done, there was nothing left along that garage wall except stuff that belonged there, stuff that I needed a home for but still needed to be here (just a few boxes total) and stuff that was leaving.  My guest bedroom had a few things that I knew I didn’t want to stay in there but the process wasn’t quite complete and I needed to finish dealing with them.  The good thing was having it all sorted very well.  Maureen had done a lot of presorting and putting like items together, making it all make sense.

I have CDs to transfer into iTunes, papers to scan that I want the content but not the papers (most of the scanning is complete now), a few items to sell, office supplies to put away, and four boxes of books to deal with (which are now gone). My rule with books is that I love them but they must not exceed the bookshelf space I currently have.  My bookshelves were/are full.  That means if I bring in a new book, something has to go.  I am proud to say all 4 boxes are dealt with and I have stayed true to my rule.

There is more to do here…I had no idea what a process I was undertaking and I’m so happy I did.  While I wish I was complete, I know I am well on my way to getting there.  I see every success for what it is…success to be celebrated.  My home is zoned because, thanks to that concept from Maureen, I view everything that way.  In addition to the work I’ve done with her, I also completely redid my kitchen and pantry which is very well organized.  I also did my bathroom and linen closet along with finding homes for things I had kind of just hanging out around the house…they had homes but not ones that really made sense.  I also went through all my purses and bags and got rid of about 75% of those and organized what was left.

It’s been a wonderful feeling to get rid of the extra clutter in my life…to make room for things that are really important to me.  To know where things are and be able to easily find them..although I had a bit of a scare when I needed a duffel bag for an overnight trip and couldn’t find one…I couldn’t remember where I put them which ended up telling me the zone was not the right zone…if it made sense, I would have remembered where they were.

They have been re-zoned. 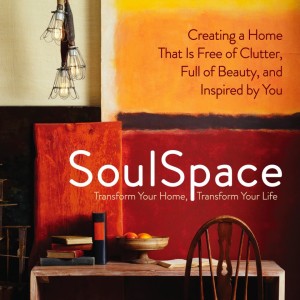 Working with Maureen really kickstarted my drive to fully create a Soul Space…a space that truly feeds my soul.  I wish I’d taken before and after photos but it hadn’t occurred to me in the beginning and I’m not sure I want to remember what it looked like before…just enjoy what it’s becoming.  I love my home….really love it.  There were just a few things that really bothered me and now I’m dealing with those and more.  I’m really looking forward to doing even more to finalize this process (although I know it’s really never final) by joining a book club Amy Putkonen is doing started January 10th.  It’s free and open to anyone who has a desire to create a Soul Space of their own.