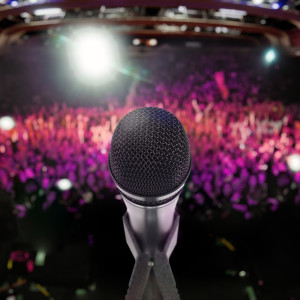 I recently wrote a post about getting rid of the negative crap in my life. I thought I’d done a pretty good job of it until I watched a couple of American Idol episodes from this new season. I made it through about an episode and a half before I had to delete them all and remove it from my recording schedule.

I’m kind of embarrassed to admit that I made it that far. I mean, I’ve been so mindful about this {or so I thought} but here it was creeping in again.

So what do I find so negative? First of all, there is a nice way to tell someone singing may not be their thing and there is never a reason to be unkind about it.

And then I go even deeper…

What if {and there’s a pretty good chance this is true} it’s all staged?

You have submit an audition tape to even get on there.  Those who get numbers were preselected. Unless the good ones get the numbers first and they fill in with people who just show up and do crazy things for a laugh or something.  I’m not sure.  In any event…

Did they come there believing someone saw something special in them?  Or did they know they were part of the “comedy act?”  The one they thought was hideous?  That danced funny or had some behavior they thought would increase ratings?