Last night I had a fabulous meeting of the minds with a few of my wonderful friends.  We met at JJs Coffe Company and Wine Bar in Eden Prairie.

I did not drink.

If you’ve never been to JJs before, it’s this wonderful little spot with fairly private booths that include dimmer switches to control your lighting.  They have wonderful flatbread pizzas as well as other food and a large selection of wine and beer.

I did not drink – there’s a reason I want to make sure you know this.

I arrived early so we could get a booth to allow more privacy with our conversation but, unfortunately, they were all taken.  I let the waiter know I was there early to scope out the booth situation.  He joined my stakeout and brought me up to speed.

I strategically sit in a spot I can see all of the booths.  I pull out my computer and begin to work as I wait.  I enjoy the next 30 minutes of making up stories in my head about the booth dwellers…what they are talking about…what they’ll do next…what the relationship is between the two in booth #1….and then, with much disappointment, I see a woman walk in, head over to booth #3 who is now done working in her satellite office but her friend is here to join her for happy hour – no chance she’ll be leaving soon.  Just when I think it’s hopeless, I get a break.

Booth #1 female takes out her phone and then the male follows suit…an indication to me that they are wrapping up their conversation and thinking it might be time to head out.  Within 15 minutes, they are gone and we have our booth!

We spent the next few hours enjoying food and the company of each other.  We chatted about making brownies and getting a contact buzz.  This was not a drug related conversation.  It’s important that you know this.

We laughed and cried (maybe that was just me).

It was one of those evening where you feel like you are on top of the world when its done.  It was just that much fun. 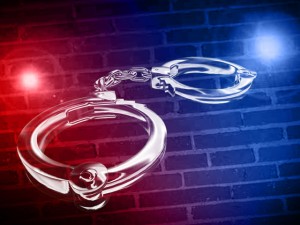 On the way home, I swing into Maple Grove to pick up a few groceries at my favorite carpeted grocery store.  As I make my way back to the highway, I see the lights of a police car in my rear view mirror and, for some reason, go into panic mode.   The paranoia sets in.

I start scanning the items on my passenger seat.  Do I need to be concerned about anything sitting out?  Is there anything I need to hide?  In my groceries from Byerly’s???  Where did those thoughts come from?

I hear in my head that if I pull into a business parking lot, they can’t tow my car because I’m on private property so I start looking around quickly to decide where to go.  Is that true and how would I know that???  An episode of cops?

I pull into a bank parking lot and head for the curb and then I see a NO PARKING sign and panic again.  Deciding this is too risky, I pull into a parking spot instead – almost pulled into a handicap spot but then see the sign – worried that I haven’t parked within the lines.

They pull up behind me, she gets out and approaches my window.  She tells me she pulled me over because I have a headlight out.  I tell her I know and that I have an appointment on Monday to get it fixed.  Then I panic again…OMG have I said to much?  You’re supposed to keep the story short and sweet and believable.  Cross that line and say too much and now you look like you’re lying.  Damn.  I wasn’t lying.  I could show her my calendar in my phone if she questions it…I think a headlight is just a fix-it ticket so that’s not a big deal, right???  Again, is all that true???  How would I know that?  An episode of Maury (and the results of the lie detector test show you are NOT the baby daddy) or Dr. Phil, as he watches every move of his guests??

I’m starting to realize that maybe I watch a little too much TV.

After what feels like forever with the headlights blaring behind me in the bank parking lot at 11pm at night, she finally returns with my ID and insurance information and tells me just to make sure I get it fixed and then she says, “tomorrow right?”  Was she trying to trip me up?  I reply, “No, Monday.  Apparently, they have to take the unit apart to see what really needs to be replaced.”  Damn.  Did I say too much again? She says,”Have a good night.”  I reply,”You too.” Thankfully, it was just the right amount of information.

And then take a deep breath.  I don’t think I’d taken one the entire time I was pulled over.

What a crazy night.  No alcohol.  No drugs.  Full on paranoia.  It was like I was a fugitive and had just gotten caught. 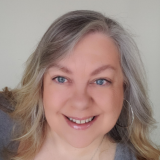